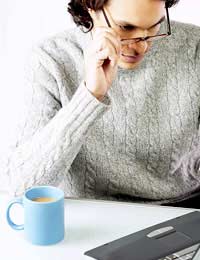 Individual Voluntary Arrangements are on the increase. The number of people taking out an IVA rose dramatically between 2006 and 2007, thanks in no small part to interest rate rises and, as a result, increases in mortgage repayments. When these IVA figures are reported on it is often done so negatively. The newspapers will report the increase in IVAs is a bad thing, demonstrating the UK is in a financial crisis and possibly heading for a recession. However despite their critics IVAs can be useful and for some people they are an invaluable lifeline.

What is an IVA?

An IVA is an agreement between you and your creditors (the people you owe). It allows a minimum of 75% of your debt to be wiped away and sets out a budget plan for you to follow in order to repay the remaining debts. It can only be entered into if your creditors agree, and if enough of them agree to write off enough debt to clear 75%. If this is not the case then you may not enter into an IVA and could have to seek an alternative, such as a bankruptcy.

What are the Benefits of IVAs?

The benefits of IVAs are clear. Writing off 75% of your debts can mean the difference between staying afloat and going under. You are then helped to pay the remaining debt with a strict budget plan. You must agree to follow the plan but by doing so you are able to pay f existing debts and get back on the straight and narrow within a relatively short space of time, usually around five years.

IVAs at present have a much better reputation than other alternatives such as bankruptcy. It is currently seen as a viable solution to debt and is not looked upon as a desperate last resort yet. However as figure rise and the press continue with their scaremongering tactics it is likely this reputation could change soon.

The time in which you are bound to the IVA is generally shorter than that of bankruptcy. Within five years you are usually free to return to normal, although hopefully a little more diligent when it comes to spending! IVAs should not be seen as a quick fix that you can enter into whenever you’ve been irresponsible with money and expect to have your debts cleared.

When a person is declared bankrupt it must be reported on. This means everyone – family, friends, colleagues etc – will know what financial situation you are in. With an IVA this does not happen. You can enter into an agreement without anyone knowing you are doing so. For this reason IVAs are seen as a less harsh solution to debt.

Despite the negative press they receive IVAs can be a solution for people who find themselves in severe debt. However it is important that consumers realise they are not easy and the budgets involved are usually very strict. Always discuss all the options with a debt counsellor before rushing into IVAs or other debt management processes.